An eleven-year- old boy was initially brought to The London Centre For Integrative  Medicine in North London on 16 th December 2016. He had been unwell with bizarre skin rashes on and off for five years. When he first attended this clinic, he was too ill to attend school and had already been taken to five consultant hospital physicians, who
had been unable to help him. With an integrative bio-electro regulatory technology, he
was found to have Lyme disease (a tick transmitted bacterial infection), which
responded well to selected naturopathic treatment. 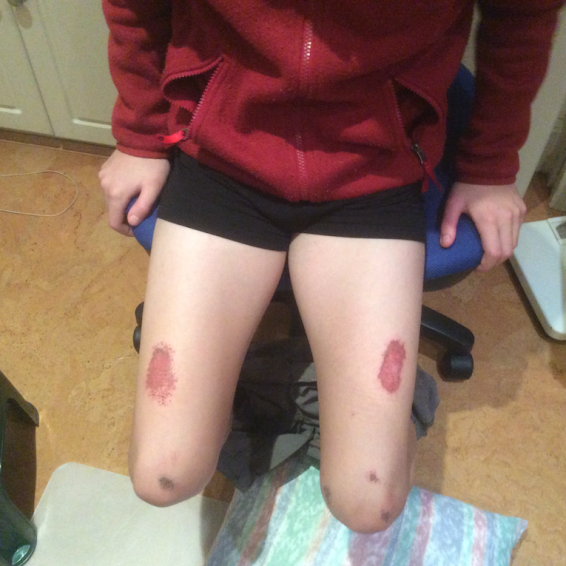 He had had recurring small erythematous rashes on his face and legs since he was five years old. They appeared sporadically mainly during May, October and November and lasted for seven to ten days. Apart from the rashes, which were only a minor inconvenience, he was in normal health until October 2016, when he became unable to attend school because of painful almost rectangular rashes on his legs, feeling generally unwell, episodes of loss of balance and uncharacteristic outbursts of anger.

Prior to attending this clinic, he had been taken to five consultant physicians who had found no cause for his condition and had prescribed four courses of oral antibiotics, which exacerbated his symptoms. One of the consultants concluded that the rashes were self-inflicted, although the boy’s mother was certain that that they were not.

At the clinic, electro-dermal testing (vegatesting) was used for diagnosis and treatment
selection and the resonance of Lyme disease (Borrelia Burgdorfii) was identified as the ‘origin of distress’. Lyme disease had previously been confirmed with a conventional ASUS blood test. However, the physician, who should have interpreted the blood test results, overlooked this relevant finding. The diagnosis of Lyme disease was made at this clinic before the conventional blood test report was made available to the clinic.
He attended here from Dec 2016 to June 2017. During this period, his health rapidly improved and he became well enough to return to school towards the end of January 2017. During April, his mother reported by email “that he feels completely well at last, and that his leg rashes have disappeared”. By June he remained well and continued to attend school.
The conventional management of Lyme disease is as follows.

“Treatment of Lyme disease includes amoxicillin or doxycycline given early in the course of the disease, which shortens the duration of the illness in approximately 50% of patients. Late disease should be treated with 2-4 weeks of intravenous benzyl penicillin or ceftriaxone.  However, treatment is unsatisfactory and preventative measures are necessary”

(1) In view of the limitations of conventional antibiotic treatment, an improved medical approach to the diagnosis and management of Lyme disease is desirable. An integrative medical approach

Treatment was selected with vegatesting (bio-electro- resonance medical technology) from a range of potentially suitable preparations. The preparations selected were as follows.

DR STEPHEN BOURNE Dr. Bourne qualified in medicine at the Royal London Hospital in 1966. Following a career as an NHS general practitioner, he specialises in integrative medicine using Vegatest Expert technology (bio-electro-regulatory medicine). His interest in vegatesting began in 1981, when an NHS patient with extremely high blood pressure (malignant hypertension), that had not responded to conventional treatment, consulted a medically qualified vegatester, who treated him for dental mercury poisoning. The patient made an amazing recovery and now in his eighties still enjoys good health. Dr. Bourne trained in vegatesting at The Centre For The Study Of Complementary Medicine in Southampton with Dr. George Lewith, Dr. Julian Kenyon and Dr. David Dowson and subsequently attended a course in advanced vegatesting in London. During retirement from general practice, he studied homotoxicology and gained an honours diploma in 2004. Homotoxicology includes the study of modern homeopathy. He currently specialises in integrative medicine using vegatest technology. ​ He is a full member of the COMPLEMENTARY MEDICAL ASSOCIATION and is insured with ZURICH insurance through the BRITISH REGISTER OF COMPLEMENTARY PRACTITIONERS. View all posts by Dr Stephen Bourne

Lyme disease was successfully treated using a naturopathic integrative approach. The patient had previously not responded to conventional antibiotic treatment.